It is believed that Rosemary Labianca was born in Mexico on December 15, 1929. Her parents, who were reported to be Americans, either abandoned her or died prematurely. She grew up in an Arizona orphanage until the age of twelve, when a California family by the name of Harmon adopted her.

Birthplace: belived to be Mexico

In the late 1940's, Rosemary met Frank Struthers while working as a carhop at the Brown Derby Drive-In in the Los Feliz district of Los Angeles. The pair got married shortly thereafter. During her marriage to Frank Struthers, Rosemary gave birth to 2 children, Suzan, who was conceived out of an extra-marital affair in 1948, and Frank Jr. in 1955. In 1958, Rosemary and Frank Struthers decided to get a divorce. A year later she met Leno Labianca while working as a waitress at the Los Feliz Inn. The two fell in love, and one weekend rushed down to Las Vegas to get married. Rosemary got along well with Leno's children. Suzan and Frank were about the same age as Leno's daughter Cory and son Anthony. Rosemary's sophisticated style and fashion sense was a big hit with Cory. According to Leno's first wife Alice, Rosemary "showed [Cory] new ways to wear her hair" and "spent time doing things with her that I didn't have time for."

It was in a 1957 Ford that Rosemary entered the business world; converting an old Gateway Markets truck into a mobile dress shop under the name Boutique Carriage. It was a success, and the business grew; with a partner, Rosemary opened a dress shop/gift store within a Gateway shopping plaza on 2625 North Figueroa St. While her businesses flourished, Rosemary made smart investments in stocks and commodities, and suddenly she was a millionaire. In 1968 Leno, Rosemary, and Frank moved into Leno's childhood home on Waverly Drive. It was there, the following summer that a number of odd occurrences frightened them. Rosemary told a friend, "someone is coming in our house while we're away. Things have been gone through and the dogs are outside the house when they should be inside." It wasn't the first time the house had been broken into; in August of 1943, while Leno was in his late teens, the house had been robbed while the family slept.

In May of 1969, Rosemary wrote to Leno's daughter Cory. "We haven't had any more robberies, but every time I come home I expect to either find someone in the house or something missing. I think the police have stopped working on the case and we haven't heard anything form the insurance company."

In August of 1969, Rosemary's son Frank spent a week vacationing with his friend Jim Saffie on Lake Isabella. Early in the week, Leno drove up to the lake and dropped off his boat for the boys to use. On Saturday August 9th both Leno and Rosemary drove up to Isabella to pick up Frank and the boat. Frank was having such a good time, Leno and Rosemary decided he could stay another day and return to Los Angeles with the Saffie family. At around nine that night, Rosemary, Leno, and Rosemary's daughter Suzan left Lake Isabella and started heading back to L.A. Rosemary and Leno arrived at Waverly Drive at about 1 AM on Sunday morning after dropping off Suzan and stopping at a newsstand for a paper and a racing form. Rosemary seemed quite disturbed about the news of the Tate murders. She retired to her bedroom while Leno fell asleep in the living room while reading the sports page.

Charles Manson awoke Rosemary at gunpoint. He allowed her to put a dress on over her nightgown before he led her into the living room where Tex Watson already had Leno tied up. Charlie and Tex reassured the couple that they wouldn't be hurt, and were just being robbed. After collecting all the cash in the house Manson had Tex bring Rosemary back to her bedroom where he placed a pillowcase over her head and gagged her with a lamp cord. He told her to stay quiet and remain in the room, which she did. Tex returned to the living room and Charlie left. Within a few minutes Leslie Van Houten and Patricia Krenwinkel entered the residence and were instructed by Tex to go to Rosemary's bedroom. Leno started screaming as Tex began stabbing. Rosemary screamed from the bedroom, "what are you doing to my husband?" She began flailing around the room still blinded by the pillowcase on her head. The girls called Tex for help; Rosemary was swinging the lamp still attached to the chord used to gag her. Tex lunged forward and stabbed her until she fell to the floor. By the time the stabbing ended, Watson, Krenwinkel, and Van Houten had stabbed Rosemary 41 times.

Rosemary Labianca was cremated on August 16, 1969. 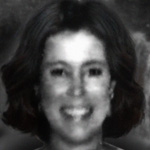