Linda Kasabian was born Linda Drouin on June 21, 1949 in Biddeford, Maine. Her parents divorced and remarried when Linda was still young. At the age of 16, Drouin dropped out of high school and got married, and soon after, divorced. Linda married again, this time to a hippie named Robert Kasabian. The two traveled the country, enjoying the hippie lifestyle from commune to commune. In March of 1968, Linda and Bob had their first child, Tanya. However, problems between the young couple led Linda and Tanya back to New Hampshire. In an effort to reconcile their marriage, Bob talked Linda into coming out to California. Bob was living in Topanga Canyon with a man named Charles Melton. It was through Melton that Linda first met Manson family member Catherine Share (Gypsy). When things didn't work out with Bob, Linda decided to go with Gypsy back to Spahn's Ranch. After a day at the ranch, Linda returned to Topanga Canyon, retrieved her belongings, stole $5,000 from Melton, came back to Spahn's and joined the family.

On August 8, 1969, Linda was selected to drive the killers to the Tate residence because she had the only valid driver's license. She witnessed Charles "Tex" Watson shoot and kill Steven Parent as he was trying to exit the property. Linda was instructed to go back to the front gate and stand guard while the others went into the residence. As Linda heard people screaming for their lives, she ran to the main house. At the front door, she ran into a stabbed and beaten Wojciech Frykowski. Horrified, Linda looked him in the eye and said "sorry," just before he collapsed.

On the following day, Linda Kasabian once again drove a carload of killers around Los Angeles, finally dropping off Tex, Katie, and Leslie at the Labianca residence. Afterwhich, Manson dropped Linda, Sadie, and Clem off at a Venice Beach apartment complex. The three were instructed to kill an actor that once picked Kasabian up hitchhiking. Linda purposely brought Sadie and Clem to the wrong door, and the mission was aborted.

On August 11, 1969, Manson instructed Linda to bring a message to the jailed Sandy Good, Mary Brunner, and Bobby Beausoleil. Kasabian saw it as an opportunity to flee the ranch (without Tanya). She droved straight to New Mexico, where her husband was living with another woman. Linda explained what had happened, and said that she couldn't have brought Tanya because it would've looked too suspicious. Bob Kasabian wanted to go back to Spahn's Ranch to get his daughter, but Linda was too afraid. After making a call to Spahn' Ranch, Linda learned that Tanya had been placed in foster care after the raid on August 16th. After talking to a social worker, Linda returned to Los Angeles and eventually got her daughter back. From there, Linda and Tanya flew back to New Mexico, only to hitchhike all the way to her father's home in Florida, and finally back to her mother in New Hampshire.

On December 2, 1969, Linda was indicted for the Tate-Labianca murders. She turned State's Evidence and received immunity in exchange for her testimony, which was without a doubt, the most damaging to the family. In March of 1970, Kasabian gave birth to a baby boy, which she named Angel. Linda took the witness stand in a series of trials and retrials. One defense attorney after the next, tried unsuccessfully to punch holes through her testimony. And more than any other witness, Linda Kasabian's testimony helped convict Charles "Tex" Watson, Susan Atkins, Patricia Krenwinkel, Leslie Van Houten, and Charles Manson.

After the trials, Linda escaped the public eye by going back to New Hampshire. She was last reported to be living with Tanya in Washington State. A car accident left Linda mildly disabled, and unable to work. In late 1996 Linda and one of her daughters were arrested in a police raid which uncovered some drugs and a gun. Linda's daughter, aka "Lady Dangerous" was arrested for possession of a controlled substance (both rock and powder cocaine), and was sentenced to a year in state prison. Linda, who was found, possessing methamphetamine, avoided a jail sentence by attending drug-counseling classes. 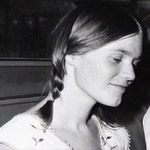 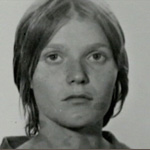 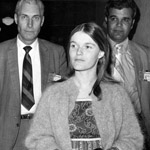 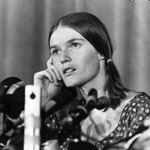 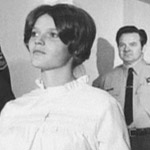 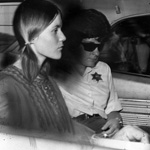 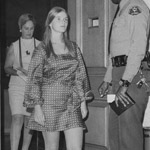 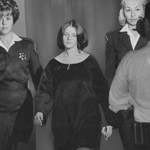 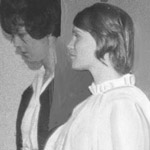 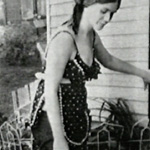