Dianne Lake was born in the December of 1953. Her parents were prominent members of Wavy Gravy's Hog Farm commune. From an early age, Dianne was subject to both group sex and hallucinogenic drugs. In 1967, just before her 14th birthday, Dianne met the family at The Spiral Staircase house in Topanga Canyon. With her parent's permission, Lake left to travel with the family. Charles Manson seemed to have it out for Snake (Dianne's alias in the family), often beating her in front of others. When police raided Spahn's Ranch on August 16, 1969, Dianne, along with Tex Watson were hiding out at a ranch in Olancha. It was there that Tex laughed at a newspaper headline about Sharon Tate's murder. "I killed her. Charlie asked me to. It was fun," Watson told Snake. He told her to keep quiet, and she did.

In October of 1969, Dianne was arrested with the family in the second Barker Ranch raid. In December, Lake testified that she knew nothing about the murders. She remained silent even after LAPD interrogated her for hours, threatening her with the gas chamber. She finally broke her silence when she was befriended by Jack Gardiner - an Inyo County officer - and his wife. After which, she provided the District Attorney with loads of incriminating evidence against the family.

In January of 1970, Dianne was admitted to Patton State Hospital, where she was labeled "schizophrenic" due to an emotional trauma. She spent 6 months there, and even began attending high school. She made good progress, and was eventually declared competent to testify at the murder trials. After being released from Patton State, Dianne was taken in by Jack Gardiner and his wife. Dianne went on to graduate both high school and college. Today she is reportedly happily married with 3 children. 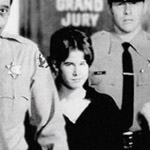 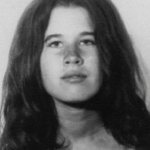 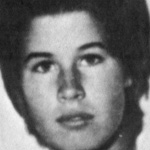 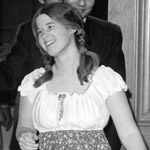