Brooks Ramsey Poston was a self-described hayseed from Borger, Texas. When he was eighteen, he dropped out of high school and left Texas to go journey throughout California. He eventually arrived in Los Angeles where he met a man named Dean Morehouse, a former minister that had just been turned on to LSD. Morehouse went on and on about a fantastic man named Charles Manson, and took Poston to meet him at Beach Boy Dennis Wilson's Sunset Boulevard home. When the two arrived, Charlie walked up to Dean, kissed his feet and told him that he could live forever if he was willing to die right then. Brooks, who had just taken some LSD, was profoundly affected by the meeting and felt that Charlie was Jesus Christ. He gave Charlie a credit card that belonged to his mother and joined the family. Brooks ended up living with Dean at Dennis Wilson's house for the rest of the summer; both lived there in exchange for gardening work they did on the property.

Brooks was a great guitarist and good singer, but he took Charlie almost literally. When Manson would go on with his "death of ego" raps, Poston would walk away feeling like he should actually physically die. He was notorious for his ability to go into a trance on command; according to Paul Watkins, Brooks would become catatonic at times.

The family traveled around a lot; they spent some time in Death Valley in 1968 but by January 1969, most members were back in the Los Angeles area. However, Brooks and a girl named Juanita Wildebush stayed in Death Valley to look after the Barker Ranch. While staying there, the two met a middle-aged miner named Paul Crockett. Brooks started telling him about Charlie, and Crockett realized that they had been programmed to think as Manson did. With time, Crockett convinced them that Charlie wasn't Jesus and that they should stay away from him. This was repeated with a few other family members that visited the ranch.

After the murders in the summer of 1969, the family moved back to Death Valley. Manson had heard about Crockett, and was eager to meet the man who was luring members away. Charlie and company did their best to scare Crockett and the others, but the old miner stood his ground (not yet knowing about the murders). However, with time they started fearing for their lives, and went to the police. Brooks, Crockett, and Watkins gave the California Highway Patrol loads of information about Charlie and the family. Brooks even admitted that Charlie had once told him that he should go to Shoshone and kill the Sheriff.

During the Tate/Labianca murder trial, Brooks testified for the prosecution; helping to explain the Helter Skelter motive, as well as what life was like within the family. After the trial, Brooks and Paul Watkins formed a musical group called Desert Sun, and performed in Inyo County, California. Today Brooks maintains a simple life and still enjoys playing music. 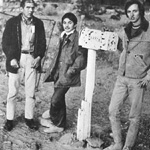 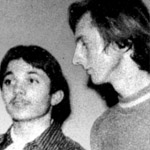 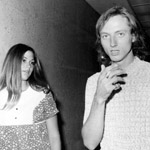