Abigail Anne Folger was born in California on August 11, 1943. Her father Peter Folger, chairman of the Folger Coffee Company, and her mother Inez Mejia divorced when Abigail was still young. Growing up in the San Francisco area Abigail displayed an interest in art, passing much of her free time painting. She was also musically inclined, as she was noted as being a talented pianist. She attended the Catalina School for Girls in Carmel, California, moving on to Radcliffe College where she graduated with honors, finally ending up at Harvard where she did graduate work and received a degree in Art History. In 1967 she took a job at the University of California art museum in Berkeley, California.

Abigail didn't stay in Berkeley long; she soon decided to move to New York City, where she got a job working for a magazine publisher, which she eventually left for a job at the Gotham Book Mart on 47th Street. It was at a bookstore party where she met polish author Jerzy Kosinski who in-turn introduced her to Wojciech Frykowski. Frykowski could hardly speak English, but like Abigail he was fluent in French. She gave him tours of the city, and with time a romance developed. The couple shared an apartment for a few months before deciding to move to California in the summer of 1968.

In Los Angeles Abigail and Wojciech found a house on Woodstock Road in Laurel Canyon. Like her mother Inez, who was active doing charity work with the Haight-Asbury Medical Clinic in San Francisco, Abigail got involved with volunteer work. She registered as a volunteer social worker for the Los Angeles County Welfare Department. In 1968, Abigail attended fundraisers set up by her mother to aid the Haight-Asbury Medical Clinic around the same time many of the Manson family women were being treated there. Back in Los Angeles, Abigail spent her days in the ghettos doing volunteer work with children. She was very involved with the civil rights cause, contributing large amounts of money to the campaign of Tom Bradley, a black councilman running for mayor.

Abigail's job with the Welfare Department was taking a toll on her; she became overwhelmed when she realized her work did little to combat the massive social problems within the inner city. "A lot of social workers go home at night, take a bath and wash their day off, I can't. The suffering gets under your skin", she told a friend. Further adding to her depression was the election between Tom Bradley and Sam Yorty; Bradley ended up losing after he became the victim of an intense racial smear campaign.

In the spring of 1969, both Sharon Tate and Roman Polanski went to Europe to work on separate film projects. Roman didn't want the Cielo Drive home to be unattended in his absence so he arranged for Wojciech and Abigail to housesit. They moved in on April 1st. It was around that time Abigail made the decision to quit her job with the Welfare Department, and it was about that time that she started considering leaving Wojciech. Their relationship had begun to sour, they fought constantly and both started using drugs more frequently.

On August 8, 1969, Abigail and Wojciech joined Sharon Tate and Jay Sebring for dinner at El Coyote, a Mexican restaurant on Beverly Boulevard. After dinner, the four returned back to the Cielo Drive estate, Wojciech fell asleep on the living room couch, Abigail retired to her bedroom to read a book, while Jay sat and talked with Sharon in her bedroom. Shortly after midnight, Susan Atkins passed by Abigail's bedroom, Abigail smiled and waved thinking Atkins was someone's friend. A few minutes later Susan came into the room showing her buck knife and instructed Abigail to go into the living room, there Charles "Tex" Watson ordered her, Wojciech, Sharon, and Jay to sit on the floor. The intruders attempted to tie everyone up, however chaos ensued after Watson shot and began stabbing Jay Sebring. Wojciech freed himself while Patricia Krenwinkel and Abigail began wrestling. After being stabbed multiple times Abigail broke free and ran down the hallway in an effort to escape. Krenwinkel followed with an upraised knife, finally tackling her on the lawn just outside Sharon Tate's bedroom. Krenwinkel continued to stab her until Tex Watson came over to help. According to her killers, Abigail lifelessly pled for them to stop stabbing saying, "I give up, you've got me", and "I'm already dead".

Abigail was buried at Holy Cross Cemetery in Colma, California on Wednesday, August 13, 1969. 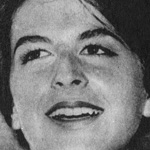 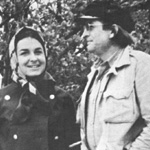 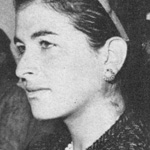 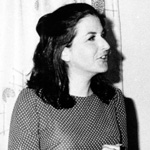