Ruth Ann Moorehouse was born in Toronto, Canada on January 6, 1951. She first met Charles Manson in 1967, after her father, Dean Moorehouse (a former minister) picked Charlie up hitchhiking. Charlie had been traveling up and down the pacific coast with Lynette Fromme and Mary Brunner. Dean welcomed the three to his home and preached to them over dinner. He gave Charlie a piano, which Manson traded towards a Volkswagen microbus. Meanwhile, Charlie had his eyes on young Ruth Ann, and took her to Mendocino. When Dean found out, he vowed to kill Manson. However Charlie calmed him down, introduced him to LSD, and stayed at his house for a few weeks. While Dean thought Charlie Christ like, Mrs. Moorehouse didn't appreciate her husbands new houseguests, and left to live with her sister.

Charles Manson visited the Moorehouse home a few more times before he and the girls decided to travel down to Southern California. Before leaving for Los Angeles, Charlie told Ruth Ann she could come with if she was married. A few weeks later, she married a bus driver, left him, and joined the family in L.A. She began living with the family at various residences, including Spahn's Movie Ranch. The ranch's owner, George Spahn, gave her the nickname Ouisch, pronounced üsh. With the family, she went on garbage runs (various members would dig through supermarket dumpsters looking for food), panhandled, and helped take care of the children. Dean also spent time with Charlie and the girls, and practically worshipped Manson.

A week after the Tate murders, Ruth Ann was arrested with the family in the August 16, 1969 Spahn's Ranch raid. Months later at the Myers Ranch in Death Valley, Susan Atkins told Ruth Ann about the murders of Abigail Folger and Sharon Tate. At the time, it didn't bother Ouisch; she later told Barbara Hoyt that she knew of 10 more murders other than Sharon Tate. Months later, she was again arrested with the family in the October 10, 1969 Barker Ranch raid. "Just before we got busted in the desert", Ruth Ann said, " there was twelve of us apostles and Charlie."

After being released from jail, Ruth Ann briefly lived with her mother. She reconnected with the family during the Tate/Labianca murder trial and became a regular fixture on the corner of Temple and Broadway. While being questioned by authorities, Ruth Ann remained loyal to the family, and maintained that she knew nothing about the murders. In the fall of 1970, she was involved in a plot to keep Barbara Hoyt from testifying against the family. The two girls flew to Hawaii, on what was supposed to be Hoyt's all expense paid trip, in exchange for not testifing at the trial. That all changed on September 9, 1970, when Moorehouse flew back to Los Angeles after feeding Hoyt a hamburger laced with 10 tabs of acid. When the drug kicked in Barbara freaked out, ran for several blocks, collapsed, and was brought to the emergency room.

District Attorney Vincent Bugliosi went after the family members involved with the Hawaiian Hamburger episode; trying to get them on a range of charges from Conspiracy to Prevent and Dissuade a Witness, to Conspiracy to Commit Murder. However, a judge dismissed the latter by the time a pregnant Ruth Ann was arrested in December of 1970. After being released, she fled the state to go live with her sister in Carson City, Nevada. A bench warrant was issued, however the D.A.'s office thought it was too much trouble to extradite her and didn't pursue the matter.

With the help of her sister and mother, Ruth Ann moved on with her life. She was last reported to be living with her husband and three children somewhere in the Midwest. 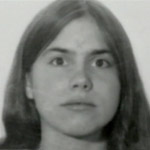 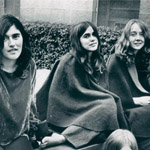 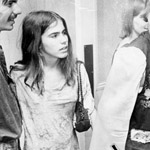 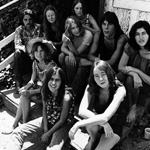 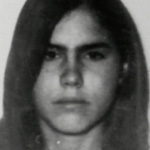 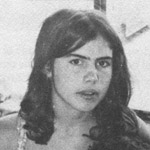 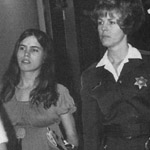 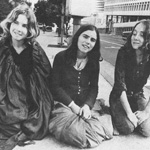