The first of five children (2 sisters & 2 brothers), Bobby Beausoleil was born in Santa Barbara, California in 1947. Bobby displayed an interest in music at a very young age, and eventually taught himself how to play the guitar. When Beausoleil was 16, he had an affair with a cousin's wife; angered by the affair, his cousin left. Young Bobby was forced to play the role of husband, working for a trailer company to support his cousin's wife and child. After the death of a grandmother Bobby moved to Los Angeles. There, he briefly played in a band with Arthur Lee, called Grass Roots. Grass Roots would later achieve fame under the name Love. Lee apparently named the group Love as a reference to Beausoleil's nickname "Cupid". Bobby also became friends with Frank Zappa, and can be heard as a backup singer on Zappa's first record, Freak Out. However, the city of Angels proved to be too superficial for Bobby, so he traveled north and fell in love with the Bay Area.

In San Francisco, Beausoleil began playing with a band called The Outfit, but eventually dropped out and started his own band called Orkustra. The group played gigs in the Bay area from 1966 to '67, and as the group was in the process of breaking up, Bobby met filmmaker Kenneth Anger. Anger and Beausoleil worked together on the film Lucifer Rising, in which, Bobby played the part of Lucifer, and helped compose the score. At that time Beausoleil was playing in a band called Magick Powerhouse of Oz, and living at Anger's "Russian Embassy" house. In the fall of '67, Beausoleil and Anger had a falling out, so Bobby decided to move back to Los Angeles.

On July 25, 1969, Beausoleil, Susan Atkins, and Mary Brunner paid Gary Hinman a visit. Manson was under the impression that Hinman had money in stocks and bonds, and that Gary had owned his house and cars. He sent the group to Hinman's house to convince Gary to join the family, which included turning over all of his assets. According to Beausoleil, the group visited Hinman because Gary had sold him some bad mescaline and Bobby wanted his money back. Whatever the motive was, the conflict lasted 3 days. During which, Charlie Manson and Bruce Davis stopped by. As soon as he arrived, Manson raised a sword and quickly struck Hinman in the head, slicing Gary's left ear and face. Hinman asked Manson why they were doing this and requested him to take the others and leave. Manson and Davis immediately left in one of Hinman's cars while the others stayed behind. Mary and Susan stitched up his ear with dental floss while Gary, who didn't believe in violence, just kept on asking them to leave. It all ended on the 27th when Beausoleil finally killed Hinman, stabbing him in the chest twice. Bobby, Susan, and Mary took turns holding a pillow over his face. Beausoleil then wrote POLITICAL PIGGY and drew a paw print on the wall in Hinman blood in an attempt to make authorities think the Black Panthers committed the murder. Gary died on the floor with his prayer beads in hand, chanting "Nam Myo Ho Renge Kyo Nam Myo Ho Renge Kyo", the chant of his faith.

Beausoleil was arrested for the murder of Gary Hinman on Wednesday, August 6, 1969. He had two trials, and was eventually convicted and sentenced to death. His death sentence was commuted to Life when California briefly outlawed the death penalty in 1972. 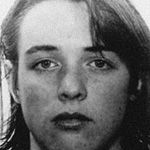 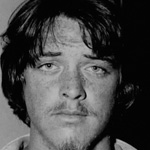 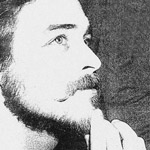 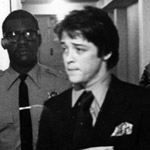 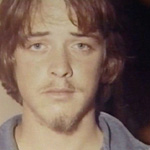