On August 21, 1971, the Hawthorne PD responded to a silent alarm set-off at a Western Surplus store in Hawthorne. They arrived in time to catch 6 family members in the middle of an armed robbery, after a brief shootout, the family members were detained. Arrested were: Catherine Share, Mary Brunner, Charles Lovett, Lawrence Bailey, Kenneth Como, and Dennis Rice. The group had stolen close to 150 guns, which they intended on using, while hijacking a 747 jumbo jet, in which, they would kill one passenger every hour until Manson and company were released from prison. 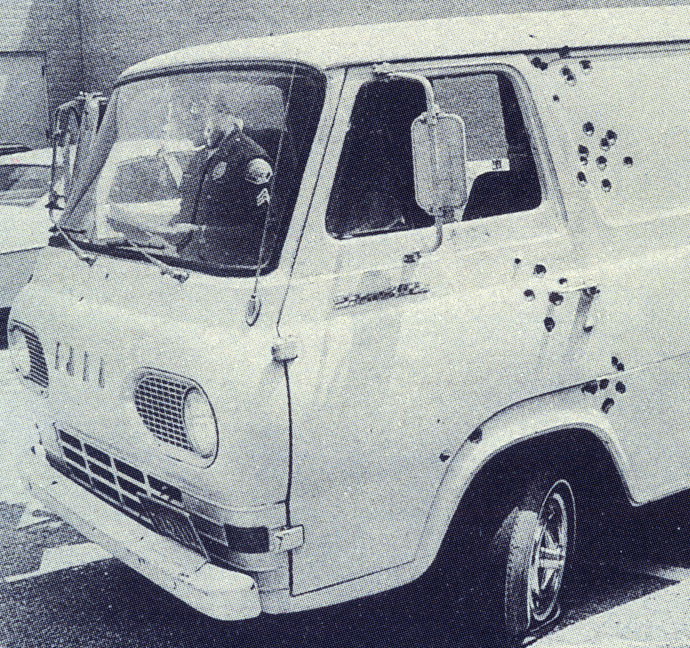