Catherine Share was born in Paris, France on December 10, 1942. Her Hungarian father and German mother were both members of the French underground and committed suicide during the war. Catherine was put into an orphanage where she stayed until she was eight. She was adopted by an American couple (a blind psychologist and his wife) and moved to California. When Catherine was still in high school, her adopted mother was afflicted by cancer and took her own life. Catherine stayed and took care of her adopted father until he remarried. After graduating from Hollywood High School, she went to college, stayed there for three years, got married, and shortly after, divorced. Like her father, Catherine was a Violin virtuoso and had a beautiful singing voice. She spent the next few years drifting around California, occasionally scoring acting roles.

Gypsy was arrested in both the August 16, 1969 Spahn's Ranch and October 10, 1969 Barker Ranch raids. During police questioning, she didn't give any information about the murders, and was eventually released. During the trials, Gypsy joined the other girls in vigil on the corner of Temple and Broadway. She visited Linda Kasabian and encouraged her to lie about her whereabouts on the night of the Tate murders. She also helped convince Barbara Hoyt to go with Ruth Ann Morehouse to Hawaii as opposed to testifying against the family. On January 5, 1971, Gypsy gave birth to a baby boy, which she named Phoenix.

During the penalty phase of the Tate/Labianca murder trial, Gypsy testified that the murders were Linda Kasabian's idea, and that Linda, Sadie, and Leslie had committed the Hinman murder. This all happened, according to her testimony, because Linda was in love with Bobby Beausoleil, and she wanted to commit copycat killings so the police would think Beausoleil was innocent.

On August 21, 1971, Catherine was involved in a shootout with the Hawthorne Police. It started when Gypsy, Mary Brunner, Charles Lovett, Lawrence Bailey, Kenneth Como, and Dennis Rice were robbing a Western Surplus store in Hawthorne, California. The group had stolen close to 150 guns, when HPD responded to a silent alarm. Gypsy fired the first shot, and by the end of the shootout, had been wounded three times. The family members involved were planning to hijack a 747 jumbo jet, in which, they would kill one passenger every hour until Charlie and company were released from prison. Fortunately no one was seriously wounded, but the stunt landed Gypsy in prison for 3 1/2 years.

She was sent to the California Institute for Women in Frontera, where the other Manson girls were serving their sentences. While there, Gypsy and Mary Brunner, together with a group of Aryan Brotherhood members, conspired to break out of the prison using a pair of wire cutters, but were caught at the last minute. Gypsy had fell in love with Kenneth Como (also imprisoned for the Hawthorne shootout) but stopped talking to him after Manson told her not to. Como was in love with Gypsy, and obviously angered with Manson, so he assaulted Charlie in the prison yard. Soon after, Como convinced Gypsy to forget about Charlie, and the two got married; Gypsy eventually divorced Como in 1981.

In the late '70's, early 80's, Gypsy was indicted and convicted on a range of Federal charges for her part in a credit card scam. She served a number of years, and somewhere down the line became a born-again Christian. She married a man named Patrick Shannahan, a prisoner turned informant. Because of this, it has been rumored that she was put into the Witness Protection Program. According to Vincent Bugliosi's 1994 Helter Skelter update, Gypsy now lives a clean life and is writing a book about her wild past. 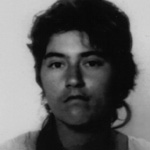 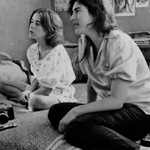 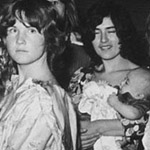 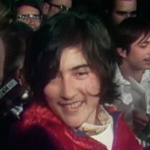 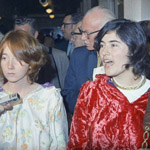 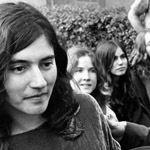 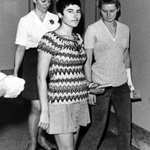 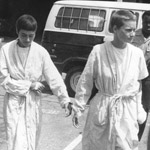